Can Going into Debt for Home Improvement be a Good Choice? 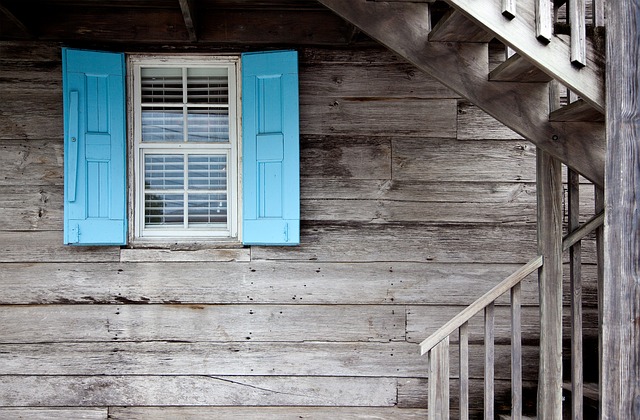 These are some common questions when thinking what actions you should take with your money when considering doing work on your house.

Traditional personal finance says to stay out of debt. However, sometimes, going into debt for home improvements can make sense, and potentially improve your home value.

Usually, I’d say to avoid getting into debt if you can, because debt is restricting, constricting, and not fun.

But, there are times when it is okay to go into debt. The circumstances are rare, but sometimes it is okay.

Is Debt for Home Improvements Bad?

First, let’s start this section off by talking about mortgages: The word mortgage is derived from a “Law French” term used by English lawyers in the Middle Ages meaning “death pledge“, and refers to the pledge ending when either the obligation is fulfilled or the property is taken through foreclosure.

“A person in debt is so far a slave.” – Ralph Waldo Emerson

Debt is horrible: it is mentally draining, financially draining, and affects your entire life if you are weighed down by the large barbell of debt.

The main problem with debt is you are obligated to the bank or creditor to pay a certain amount each month. You signed a contract to pay them a certain amount and there are consequences if you don’t pay.

These loans and lines of credit can be seriously troublesome if a person is not careful.

I pay $1700 a month towards my mortgage – if I lost my job, I’d be in serious trouble paying my mortgage and avoiding delinquency or default.

As the title states, I’m going into debt. That prompts the question, is all debt bad?

Is All Debt Bad?

In actuality, not all debt is bad.

Debt’s role in society actually makes sense. If there was no one lending money, it would be difficult to build wealth over time as a society. To buy a house, you would need all of the cash on hand.

While no debt would solve many issues that people have today, it would be restricting on our lifestyles.

That being said, debt can certainly get out of hand, and I’m mostly speaking in general about the concept of debt. (I’m not going to get into how government and central banks use debt and the money supply in this post. This post and video is amazing for that: How the Economic Machine Works by Ray Dalio)

What is Productive Debt?

Productive debt typically involves financing an endeavor which will lead to an increase in value or cash flow.

For example, financing for rental properties can be considered productive debt. A person puts 20-25% down on the house, and is able to own a house to rent out to others.

In this case, if the renters cover the mortgage and the maintenance and upkeep is relatively low, that person can build wealth very effectively.

Without debt, that person may not be able to buy the rental property and as a result, would have to continue to save their cash until being able to buy in full.

Since the probability of the U.S. Treasury defaulting is near 0%, we consider Treasury bonds to be risk free and the interest rates associated with them to be the risk free rates.

In recent years, many people have bought cars and other property where the interest rate they received was less than 2%.

Mathematically, you should never pay more than the minimum on these debts and instead invest the difference. If you invest at 7-8% returns and pay 2% on your debt, you are essentially getting a 5-6% risk free gain.

Are 0% Interest Rate Loans a Good Deal for Home Improvements?

In the previous section, I mentioned loans where the interest rate is below the risk free rate.

In particular, 0% interest rate loans and 0% debt is an absolute steal.

The lending companies are giving you free money. These companies are saying, “Here, have $10,000 and you can pay it back evenly over X amount of years and pay $0 in interest.”

This is free money!

For me, I received a 0% interest rate offer from a company willing to provide financing for windows. I was curious, and wanted to see if doing these improvements would lead to a favorable outcome.

The rest of this post talks about my experience updating my first floor windows with energy efficient windows, and the financial results behind this project.

Will Updating an Old House Lead to Improved Home Value?

My house is old. My house was built in 1900. The windows are original, the wood floors and wood trim are beautiful, and while the layout isn’t optimal, the place is a great place to live.

I received a post card in the mail a few weeks back that said: “Upgrade your windows with 0% financing!”

Pella Windows is one of the highest reputation window makers and installers in the industry, and I was definitely interested:

I called the next day and the company said they would send out a sales representative to give me a quote.

When the sales representative arrived, I wasn’t sure how many windows I wanted to replace. I didn’t know if I wanted to replace any doors either. Honestly, I just wanted to learn more about how much windows would cost, how much it would be to install, and what I could expect going forward.

We walked throughout the first floor. The windows sales representative explained to me how my windows were single pane and were most likely the original windows. They were not energy efficient, and potentially were letting in UV rays into my house.

He showed me the catalog and noticed that we could have an extra match of color and keep many of the same nice elements by replacing the windows.

I was interested, but ultimately, I’d want to see the price for new windows.

How Much Does a New Window Cost?

Before the house tour, I thought I was going to be at least $1,000 per opening, and expected the price to be roughly $1,500 an opening.

How much does a Nice New Door Cost?

Walking through my house, and seeing the old door, I stopped and wanted to see how much a new door would cost.

My front door has a little bit of a gap between the floor and door. In addition, the window is a single pane window. All together, the front door is very energy inefficient and makes the house quite cold when it’s below 0 in January and February!

For the front door, I was quote for $3,500 for the door and install. The door and window will be energy efficient and give a little bit more privacy into the main entrance.

In addition, the trim will be matching and I’ll have a fancy door handle.

After I received the quote, I decided with these window prices, it would be a good idea to replace the windows. Also, with the option for 0% financing, financing made sense for these home improvements.

We went through the numbers. I could get 8 windows and a door for roughly $12,000, and finance this purchase at 0% for 3 years.

This seemed to be a pretty good deal, and while $12,000 is a lot of money, I believed I was improving my situation in the following ways:

The downsides are obviously getting into debt and losing out on some market investment opportunities, but I feel this is relatively safe for my situation (your situation might be different).

Now, let’s talk about the results from the last year of installing these new energy efficient windows.

Results from Getting Energy Efficient Windows and Doors

After getting my windows and front door replaced, I’ve been loving life.

No longer do I have to mess around with 3M plastic in October, nor do I have to worry about sitting in my living room with a massive blanket to stay warm.

In the summer, some days we had the windows open, and on days when it was humid, the new windows kept the house cool.

The new comfort and look of these windows were definitely worth the dollar amount.

Let’s compare the numbers of gas and electric costs over the last 10 months to the same time period from the year before.

In Minnesota, it’s gets very cold in the winter (typically February and March are the coldest), and my house is heated by a gas furnace. In the summer time, I have central air and this system uses electricity. Due to this, the energy usage for these two accounts are cyclical.

Here’s the monthly breakdown over the last 3 years:

Comparing the yellow to the green (pre- and post- improvements), the costs have 23% lower.

The sample size here is small, and also doesn’t take into consideration all the variables which go into energy efficiency, but the results seem to be pretty good.

In reality then, until the loan is paid off, I’m paying $300 a month for more comfort and a nicer house.

Is it worth it? Maybe.

When I see it like that, $300 is a lot of money every month to spend on more comfort. At the same time though, I do believe that part of this investment was to also increase the value of my house.

All in all, I think it’s been a good choice and I’m definitely pleased with my decision. While it’s a little restricting to leading a flexible lifestyle, my income has increased to a level where I can afford this expense.

While going into consumer debt is not a great option, I want to share with you an update on my housing situation with regards to these home improvements. My conclusions is energy efficiency is worth paying for (even with debt).

When making decisions about debt, it’s important to realize that debt will have an impact on your future self and future lifestyle.

In actuality, not all debt is bad. Debt’s role in society actually makes sense. If there was no one lending money, it would be difficult to build wealth over time as a society. To buy a house, you would need all of the cash on hand. While no debt would solve many issues that people have today, it would be restricting on our lifestyles.

I went into debt for home improvements and it made sense for me. Personal finance is personal after all.

I considered my current situation and goals, thought critically, and went into debt. Now, I’ve been paying the price over the next 3 years. At this point, since the interest rate is 0%, I don’t plan on paying it back any sooner than I have to.

At the end of the day, I’m glad I got the home improvements done and if I go to sell my house, then I’ll certainly be able to recoup my investment.

Readers: Do you think all debt is bad? Have you ever financed a home improvement project? What was the result? Did you look at the returns like this?