View articles only on the topic you search below.
All
Make Money
Save Money
Investing
FI
Debt
Budgeting 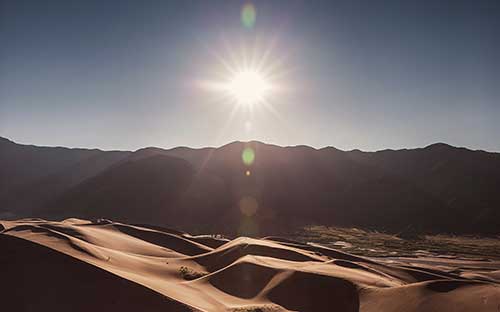 Downloadhub is an illegal website allowing users to download pirated movies for free. The website contains a wide selection of content ranging from the latest releases to classic films, all available for downloading instantly with no payment required. (adsbygoogle = window.adsbygoogle || []).push({}); Downloadhub is one of several sites operating in the piracy market. It is a major threat to the movie industry. In this blog post, we’ll look at why downloadhub is entirely illegal […] 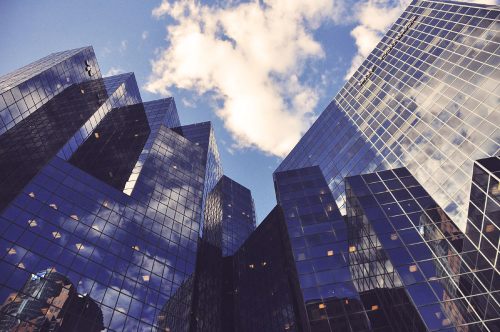 It can’t be said often enough that, for all investors, global diversification is critical. And yet, the world over, investors have an unhealthy bias towards their own stock market. This is very much the case in Britain, where investors are paying a price in terms of risk and returns for their predilection for UK equities. If there’s one overseas market that all UK investors should have exposure to it’s the United States, as […] 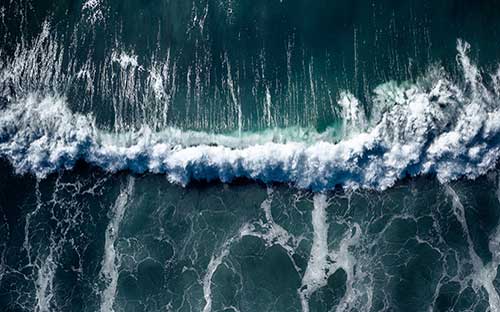 A great retirement investing alternative that not many people have heard about is the IRA CD. That would be a CD inside of a Roth or Traditional IRA. With this approach, you get the security of a CD with the tax advantages of an IRA. As a reminder, an IRA is a tax-advantaged retirement account that you use to hold investments, like a stock, bond, or in this case, a CD. A CD is a […] 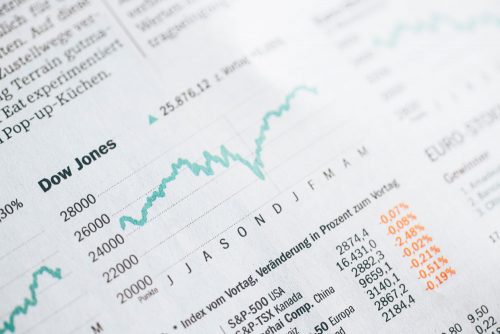 Entertainment vs. Investing
By: A Wealth of Common Sense

One of my favorite things about financial media is the profiles of individual investors in the Wall Street Journal. I don’t know how they do it but somehow the Journal gets regular people to spill their guts about thoughts on the markets or how they’re positioning their portfolios. This week’s piece on the rise and fall of amateur investors didn’t disappoint. Gunjan Banerji profiled 25-year-old Oma…

Get the Best Personal Finance Articles
Delivered Right to your Inbox

8 Best Investments for Teachers to Make Today
By: The Impact Investor

Investing for teachers should be one of the first things you do as soon as you start your career. That’s much easier to say than do, though. For many teachers, the hard work and time put into what they do make it difficult to know how they are going to create an investment portfolio for themselves or even get investment advice. To help you plan for your financial future, we are going to break down […] 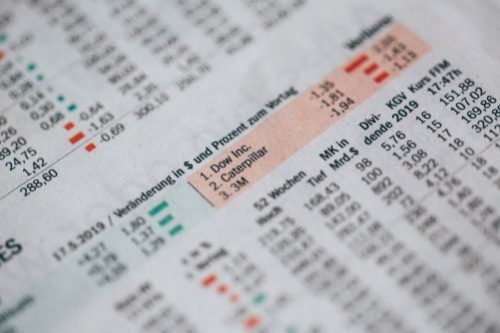 Ready to Build a Career in Real Estate Investment? Here’s How Many Jobs Are Waiting for You
By: My Life I Guess

The labor market landscape has significantly shifted over the past few years. Employers once held significant leverage over the market to the point where job-seekers would find a job and then move to whichever city was required. Now, employees hold more bargaining power, and many first decide on a city they want to live in, move there, and find a job once they are settled. Employees are catered for because it is much cheaper and […] 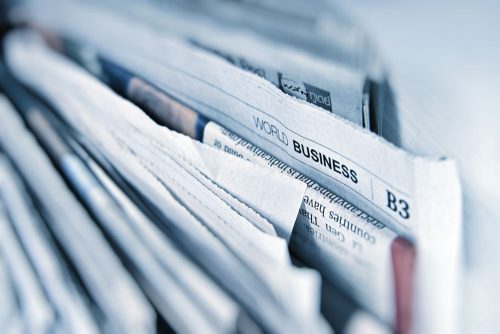 In a previous Investor Profile, we covered the famous and controversial George Soros. Less well-known by the general public are some of Soros’ associates. Stanley Druckenmiller is one of the most prominent among them. Druckenmiller is as much an investing legend in investing as his former boss. His returns have been stellar, and he hasn’t had a single losing year for 30 years. He has learned a lot from Soros and distilled that knowledge into […] 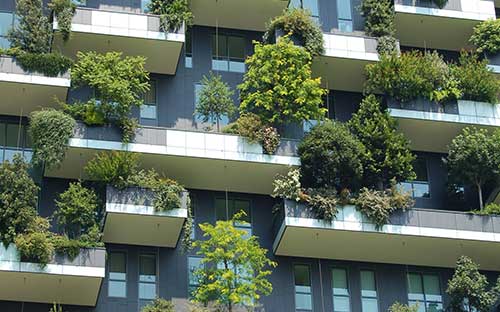 Why is the TSP F Fund Losing Money?
By: Government Worker FI

2022 was a bad year for the TSP F Fund. In fact, according to my analysis, it was the worst year The F Fund ever had since its inception, losing over 24% of its value in inflation adjusted returns. Aren’t bonds supposed to be “safe”? If you’re wondering “Why is the TSP F Fund losing money?” then you’ve come to the write place. I’ve tried to break this down into simple terms and explain what […] 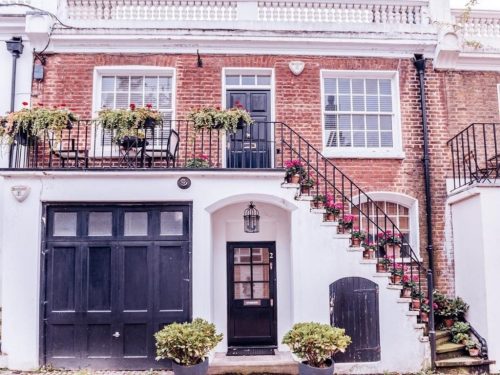 How to Open a Custodial Roth IRA with Vanguard in 6 Steps
By: Marriage, Kids and Money 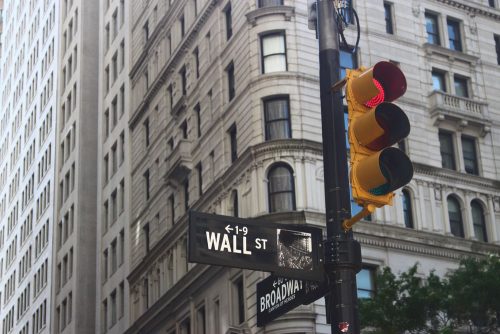 Why a diversified portfolio needs more than just bonds
By: Monevator

After a gruelling year in which bonds got pasted, it’s time to take a hard look at the other defensive assets that can comprise a truly diversified portfolio. Bonds alone are not enough.  We Brits imported the idea that government bonds can shoulder the burden of defensive duties alone from the US. But their perspective is misleading, because their bonds have performed much better than ours: Data from JST Macrohistory 1 and Aswath Damodaran. January 2022. […] 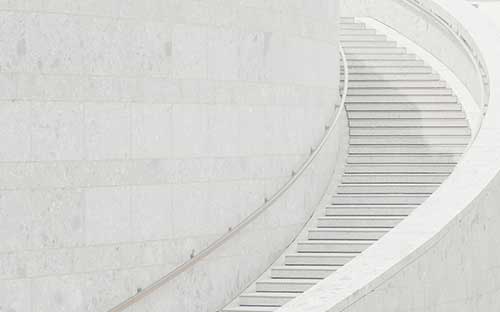 01 – Decrease Fees This perhaps is the most significant drag on most people’s investment returns – the direct impact and cost of the financial services industry. It’s not uncommon to see people paying 2 to 3 percent of their assets to advisory and fund management fees. 2 to 3 percent may not sound like much on surface, but when we put it into dollar amounts, in a $10,000 portfolio we are talking about $200 […] 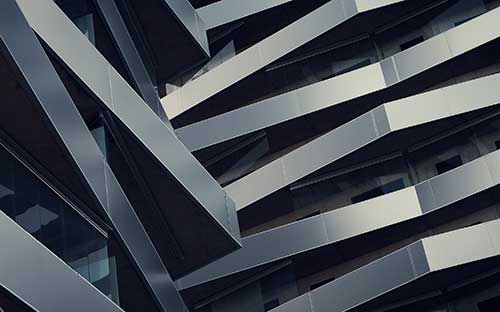 I was just taken off the wait list for Notion AI and could not wait to dive in! I’ve been using Notion as a project management tool for about six months and love it, so I was very excited when they announced they would be adding in AI.   In this video tutorial, you will watch me use Notion AI for the first time and give my real-time reaction to several of it’s features. There is still more to dive into so make sure to subscribe to the YouTube channel or join the email list to be notified of future videos.   [embed]https://youtube.com/watch?v=4UjT44olLfg&enablejsapi=1&autoplay=0&cc_load_policy=0&cc_lang_pref=&iv_load_policy=1&loop=0&modestbranding=0&rel=1&fs=1&playsinline=0&autohide=2&theme=dark&color=red&controls=1&[/embed]   13 Ways to Use Notion AI Brainstorm Ideas You can use Notion AI to brainstorm all kinds of ideas. For example, I used it to brainstorm ideas for YouTube videos AND I also used it to brainstorm ideas of what to do with a two-year old in Miami. The latter was actually quite impressive! Blog Posts You can use Notion AI to generate blog posts for you. Of course, remember to edit them accordingly since Google will penalize AI generated content. Outline Notion AI can easily outline presentations, books, sales pages, or any kind of content imaginable. Social Media Posts Notion AI can also generate social media posts and will also automatically add an appropriate hashtag. This is different from other AI tools where the hashtags may be a separate feature. Press Release As a former writer and as a podcaster who gets pitched all the time, I was actually quite impressed with the Notion AI press release feature. Of course, you would have to make some edits and customize it to the media outlets you are pitching. Creative Story Notion AI actually wrote a compelling story about a neighborhood cat that goes on adventures and makes friends along the way. Dare I say this feature was better than some of the others. Essay Notion AI can write entire essays. Of course, edit to make it your own because this will likely cause some plagiarism controversies down the road. Poem I promoted Notion AI to write a poem about Cuban coffee and dare I say it was quite good! It even had a line about Cuban coffee being the dark nectar of the Gods which as a Cuban American I found both amusing and accurate. To-Do List Rather than manually figuring out a to-do list for a project just ask Notion AI to create the list for you. Save yourself the brain energy. Meeting Agenda Notion AI can also create a meeting agenda and go as far as telling you how to EXECUTE the meeting agenda. Pros and Cons List This is pretty self explanatory and very helpful. Again, just use the AI to make a pros and cons list and save yourself the brain energy when trying to make a decision. Job Description Effective job descriptions are notoriously difficult for people to write. Notion AI did a decent job in creating a starting point. Sales