Can You Make Money as a Musician, Full-Time or on the Side? 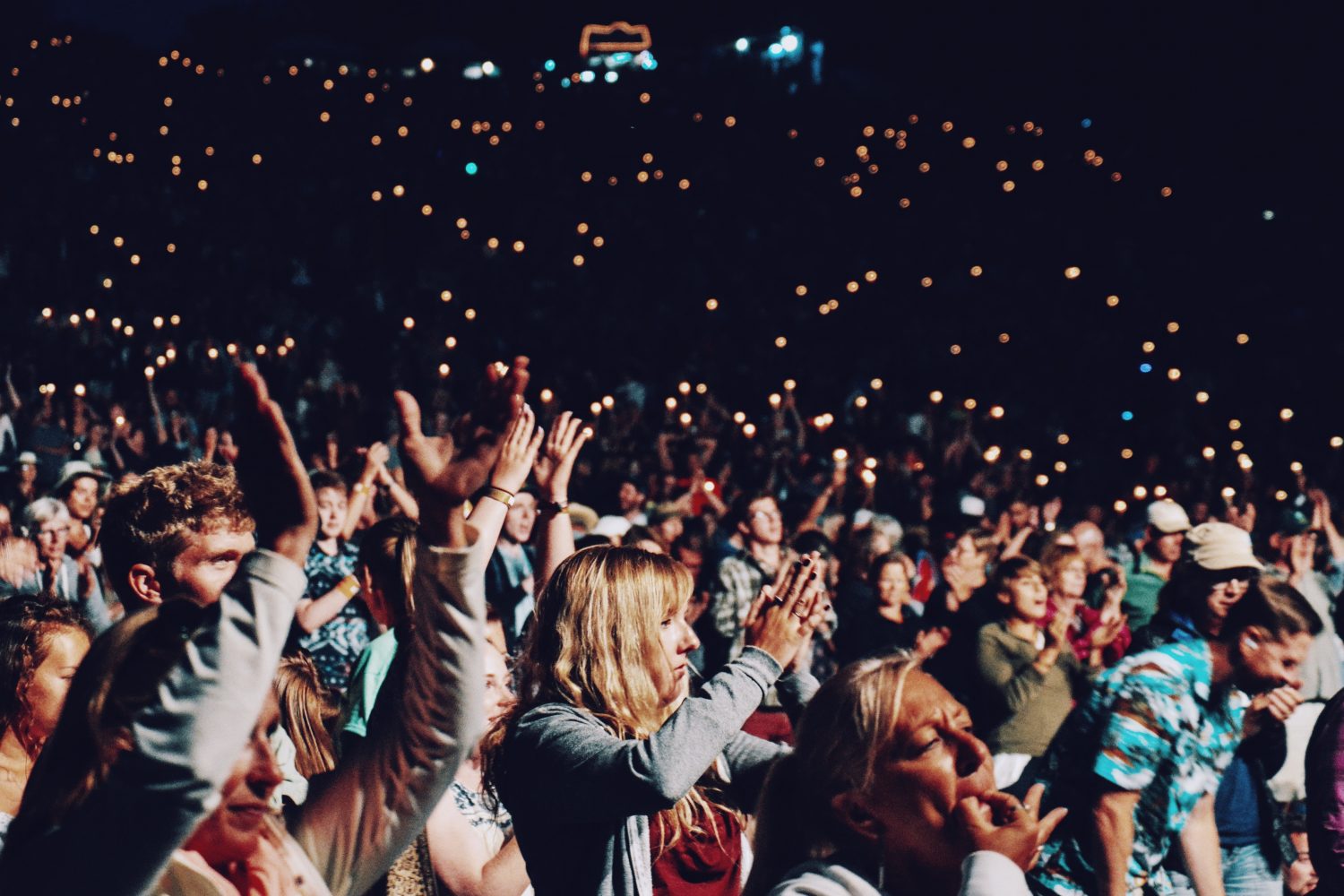 This post is a guest post from Michelle, who writes at Savvy History. In this post, she shares her side hustle story. Throughout Michelle’s life, she has been a full-time musician, and part-time musician, and has actually made good money doing both! In this side hustle guest post series, I’m looking to inspire others with unique stories of how people are making some extra money. Starting a side hustle as a musician might be for you. Read on below to learn if you can actually make money as a musician!

Hi, I’m Michelle from the band and blog Savvy History.

I play original music while selling my own CDs at festivals, private parties, coffee shops, bars, and colleges in the Midwest.

Sometimes, I even get to ride on cruise boats going up and down the Mississippi! My husband used to play bass with me at most of the shows, but now, he stays home with our son (or they come along to watch.)

I’ll be sharing with you how I’ve made money with my music, and talk about this (potentially) lucrative side hustle.

How I Got Started as a Full-Time Musician

I started playing the guitar at 17 because I had stress fractures in both my knees.

Long story short, I felt useless on crutches and wanted to push myself in a different way than long-distance running.  I was looking for a creative outlet after a unique upbringing.

When I realized I could put my life-long love of poetry into music via learning to play an instrument, I was hooked on the guitar and played it every chance I could get.

After writing a few songs and garnering a positive response, I naively decided to be a singer-songwriter when I grew up.

I pulled back on my interest in college and kind of did a 180 with my life. (For example, I had visited Stanford and actually considered applying.)  Instead of pursuing an academic path, I started learning more and more on my own after school and looking at society differently (all while forming an opinion about the type of life I wanted with the help of artists and music).

By 18, I was making money off my music.  I wrote songs before ever learning to play anyone else’s hit songs (this wasn’t the wisest way to go about it, but I simply had a lot I wanted to express).  The first song I did learn to play was Seven Nation Army by The White Stripes.

Early Success as a Musician Investing in My Musical Career

While not everyone can become successful after a few years, I found some early success as a musician after participating in a battle of the bands in high school.

After getting 2nd place at a battle of the bands in high school (and making a whopping $38 off my original songs), I invested my own money to make a CD.

I realized if this was a dream of mine, I’d have to upgrade my equipment and take it a little more seriously.

Also, I obtained a bartender’s license in Wisconsin just so I could legally be in some of the bars (where I was paid the best as opposed to some of the coffee shops).

I worked in a factory part-time while going to community college.

When I realized I could make more money off my music than working “a real job,” I became incredibly frugal, launched a website, booked up to 100 shows a year, and became a full-time musician for a couple of years!

What Skills Do I Need to Make Money as a Musician?

There are a number of skills to learn and focus on to become a successful musician.

The discipline to learn an instrument is an obvious and absolute must.  You need to be able to keep your eyes on your own life and put creative living above all else.

I’m still working on this and have a lot to learn after all these years.

Also, if you want to make money playing shows, you need to garner a business mindset, learn to schedule and book venues, and promote yourself (to some extent).

In addition, in my experience, the ability to write your own music helps a lot.

If you are a great musician (but you only play other people’s music), you are already technically in the red because you need to pay licensing fees to big publishing companies like BMI (in order to perform popular songs live).

I had CDs of my own original music which would cost me $1 to make, I would buy 1,000 of them at a time, and then I would sell them for $10. I did this with five albums (and this brought in some decent income).

Self-Promotion is Very Important for Musicians

As a side note, I absolutely stunk at promoting myself.  To make up for it, I would purposely book shows where people were already milling about (versus expecting people to come to me).

For example, I would start by sending a song sample to a booker at a large festival (like the Stone Arch Bridge Festival in St. Paul). Then I would get there, play my music, have a built-in audience, sell CDs, and leave with variable amounts money (I never knew if I’d sell 40 CDs or 10).

I was not the type of artist who could sell tickets for quiet intimate shows where the focus was on me for the night.  The “go-where-the-people-already-are” approach (or I guess you could say “strategy”) worked for me.

While I didn’t garner a large specific fan base or make as much money as I could have, I also skipped all of the parts about marketing myself that I wasn’t comfortable with.

I didn’t have a social media presence most of my career, or an email list. I was basically banking off how good I could be each time I showed up in front of strangers.

Don’t get me wrong, I don’t think the above approach was wise for a variety of reasons.  I simply think it’s what I did at the height of my career because I lacked self-esteem and any true belief that people would become long-term “fans.” I struggled with artistic promotion SO MUCH.

It’s probably the main reason I quit playing full-time. Maybe you will be able to handle this better if you pursue a musical side hustle.

How Much Money Can You Make as a Musician?

Contrary to popular belief, you can actually make money as a musician.

Make no mistake, making money as a musician takes a lot of work and luck, and is very tough.

However, it is possible.

While this might drive some people crazy, I’ve always found it kind of exciting and informative. Some nights, I’ll sell all of my CDs and get a bunch in tips; other nights, I won’t sell anything.

For tips and CD sales, it’s an interesting psychological challenge to make money.  It’s a great way to obtain direct feedback from people about my music. I have learned a ton about behavioral economics while putting myself out there.

For one, it takes a crowd to make a crowd. If people are already coming up to me and buying items, then others suddenly feel comfortable doing it. If a crowd sees someone else has already tipped me, then they all start doing it.

However, there are other ways you can make money if you don’t want to try to sell CDs.

Gigs and Events Where You Can Make Money as a Musician

There are a number of different events and occasions where people will hire musicians.

I’ve played weddings (my least favorite) and I’ve played private parties (where my enjoyment depends on the party – Norwegians and Irish people are COOL).

My favorite type of gig is a daytime family-friendly festival that pays well for a morning or early-afternoon slot and then I’m back in time for dinner (and able to hang out with my own friends and family that night).

When I show up to play music, I treat it like a job.  I don’t like wasting time. Some might even say a “musician’s lifestyle” doesn’t fit me well. (They are right.  It doesn’t. I’m a square who hates waiting around.)

However, the “behind the scenes” tasks of songwriting and hyper-scheduling DO fit me incredibly well,… so I’m working on switching it up.

Part of our blog is devoted to figuring out how to make money as niche musicians no longer willing to travel or stay out late.

Maybe… But we’ve seen stranger ideas succeed (like paying off our house with our music money), so here we are!

As said above, I’m kind of leaving big festivals behind, but I do have a lot of past experience.

Festivals are fantastic for having fun (free ticket bonus!), getting exposure as an artist, and meeting people – if you are ready to hustle.

Below are 6 steps you can use to land a gig as a musician for money:

By following these steps, you will have a better chance of landing gigs and paid festivals.

What are some of the Pros and Cons of a Musical Career?

With all side hustles, there are pros and cons.

For my musician side hustle, one of my favorite things is how I’ve been able to meet some amazing people.

I actually met my husband while playing music at a benefit show in a small town on the Mississippi!

He was in a band with a lot of music industry “experience” when I met him (quotes used to denote the music industry can be a mess). Then he started playing music with me almost exclusively. We’ve kept everything independently owned and operated as opposed to his music label experience.

One con of being a musician would be you may need to travel a lot to get to different gigs and events.

We’ve never traveled nationally or internationally together because we like to sleep in our own house. He toured nationally in his old band before I met him.

In addition, we used to travel up to 8 hours away, but now only travel within a three-hour radius.

Does Starting a Musicial Side Hustle Sound Interesting to You?

I love playing music and hope that this post on my musical side hustle can inspire you!

For now, my husband and I are trying to figure out the next steps. While being a musician is a lot of fun, it is also tough.

We started our current blog because we are at a crossroads with our entire music operation.

We used to play dozens of shows per year (up to 100)! Now, I am playing solo and only booking gigs that seek me out first. I put no effort into booking gigs anymore. If something comes up, it’s riding off past networking.

We’re busy at home with our child, we have other full-time careers, and we like it this way.

Looking ahead, we would like to record our 30 songs (written through the perspective of overlooked historical people), start a Youtube channel or podcast devoted to the songs, and possibly experiment with selling music online.  We hope to pull together information on education, money, creativity, and music (and make it fun).

There are so many amazing side hustles out there in the world. I’ve found a side hustle I love, and hope you can too!

Readers: what do you think about this side hustle idea? Would you want to become a musician to earn some extra money?